In the Dragon Tiger game two hands are dealt, one for the Dragon and another for the tiger. The player bets which will win, or if they will tie.

The winning hand is the hand with the highest ranking card. If the Dragon and Tiger hands have the same ranking, the round of play is a Tie. There are ranking of suits in the game of Dragon Tiger. The game is played with eight decks of cards.

The end of the game winning payout as follow:-

On same card with different suit, Winner will be declare based on below winning suit sequence.

In the case of Tie, Bets on Dragon & Tiger will lose the amount. 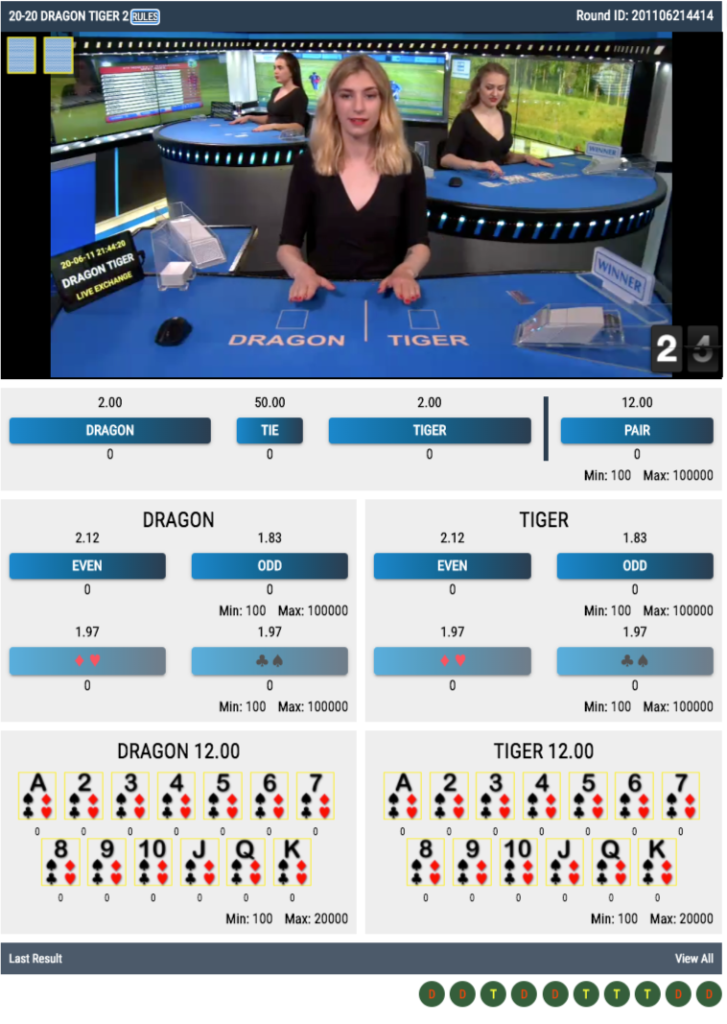